The singer-turned-politician told the BBC that he rejected the results “with the contempt they deserve”.

He alleged there had been a lot of irregularities but Mr. Museveni called it Uganda’s fairest ever vote.

Campaigning had been marred by violence in which dozens of people died.

Just ahead of the voting day the government shut down the internet, a move condemned by election monitors.

They said confidence in the count had been damaged by the days-long cut. A government minister told the BBC on Saturday evening that the internet service would be restored “very soon”.

What did Bobi Wine say?

In a phone interview with the BBC World Service, Bobi Wine, the stage name for 38-year-old Robert Kyagulanyi, said he was “worried about my life and the life of my wife”.

He said he was not being allowed to leave his house which was surrounded by security forces. 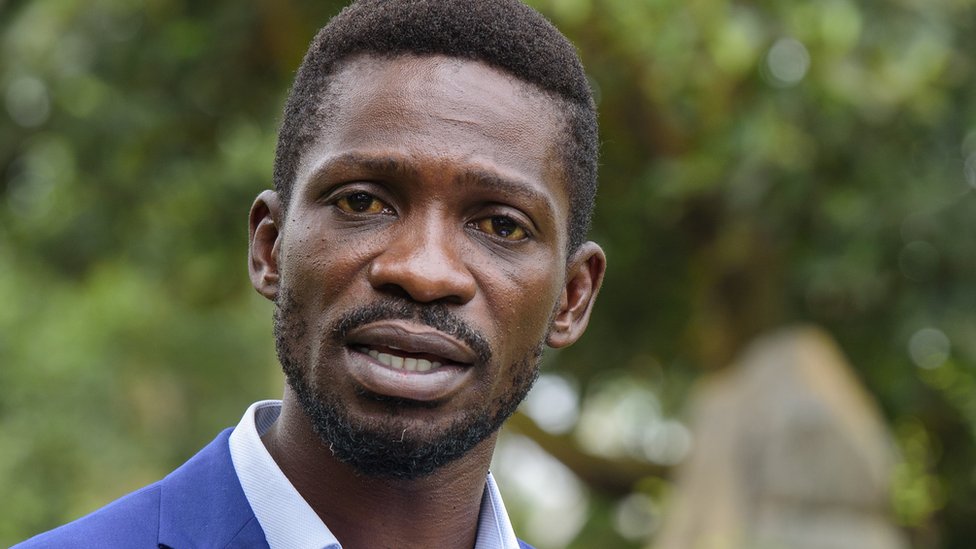 “Nobody is allowed to leave or come into our house. Also, all journalists – local and international – have been blocked from accessing me here at home,” he said.

Addressing what his party, National Unity Platform, might do now, he told the BBC that “all options are now on the table including but not limited to peaceful protest” but he stressed that he was not calling for violent insurrection.

The opposition candidate earlier said: “I will be happy to share the videos of all the fraud and irregularities as soon as the internet is restored.”

What did President Museveni say?

The result gives President Museveni, 76 and in power since 1986, five more years as president.

Speaking after being declared the winner, he rejected claims of fraud describing the election as likely to be “the most cheating-free election” in the country’s history. 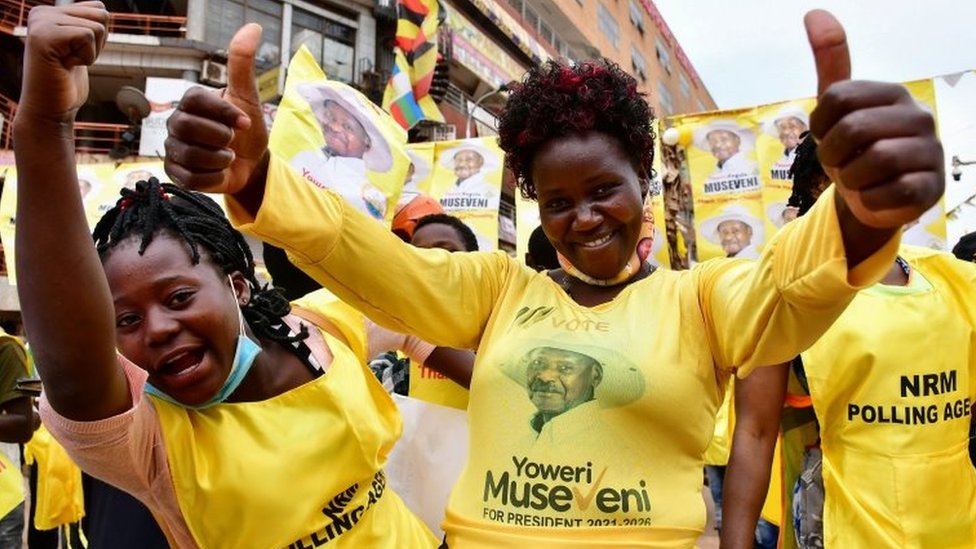 Mr. Museveni also alleged that another country in the region had sent “agents to come to meddle in our politics”.

“Foreign meddling will not be tolerated, we do not want foreigners interfering in our affairs. If foreign interference were a source of wealth then Africa would be the richest country in the world.”

The president’s supporters came out on to the streets of the capital, Kampala, on Saturday to celebrate his victory.

What have monitors said?

Issuing the final result on Saturday, the Electoral Commission said the vote had been peaceful, with a turnout of 57% of the almost 18 million registered voters.

But the EU, the United Nations, and several rights groups have raised concerns. Aside from an African Union mission, no major international group monitored the vote.

The AU has not yet commented.

Earlier this week the US – a major aid donor to Uganda – canceled its diplomatic observer mission to the country, saying that the majority of its staff had been denied permission to monitor polling sites.

In a statement, Africa Elections Watch, a coalition of civil society groups, which said it had 3,000 election observers in Uganda, said that the vote did not “meet the threshold of a democratic, free, fair, transparent and credible electoral process”.

Cameroon: Humanitarian aid to be dispatched to victims of restive NW, SW regions