Many celebrities in Cameroon are using their platform to speak out against the Anglophone crisis in Cameroon.

Online campaigns began a few days ago after critics condemned their silence over happenings in the North West and South West regions of the country.

One of those who reacted is Blanche Bailly, a renowned Cameroonian singer. She took on her social media to explain how she has also been a victim of the armed conflict,  which began four years ago. “I do want peace more than you can ever imagine, the artists are not your enemies,  we lived the bullet…,” she explained on her Facebook page.

Bailly said artists have never been silent. “I understand that you are my fans and you want me to be verbal about things plaguing our society. Thanks for that trust. However, When the #anglophoneCrisis started, Artists came together under one voice and did a song, I was part of that project but you, the same FANS attacked us and made us to Discontinue the project,” she went on.

Popular actress and producer, Muriel also expressed worries about happenings in the English-speaking regions while Daphne warned against replication of the prevailing war in Nigeria. 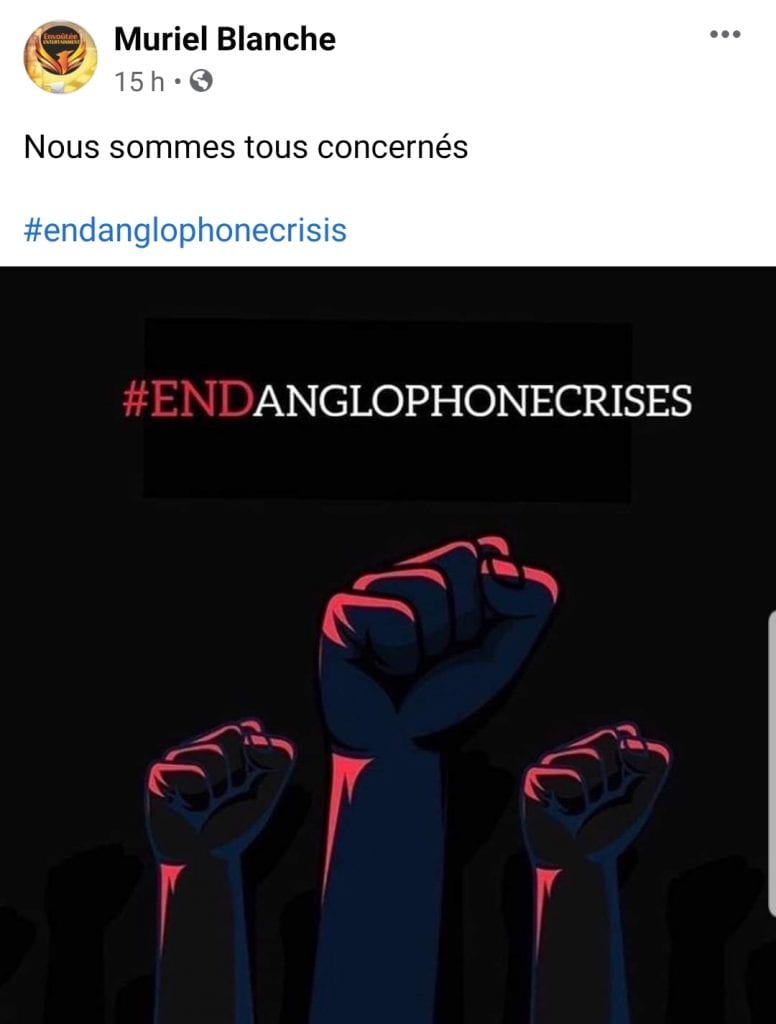 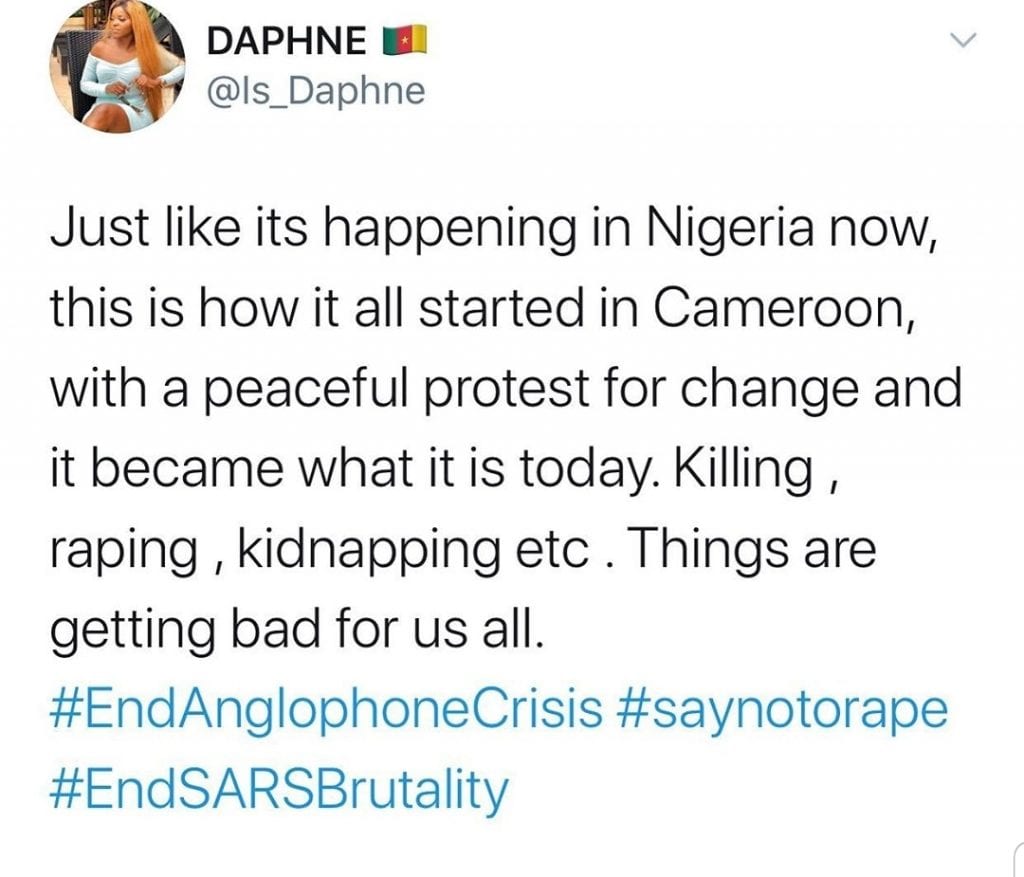 After domestic and international pressure failed to mount pressure on the Biya regime to end the war, can something happen this time?