Following the October 24, 2020 massacre at Mother Francisca International Bilingual Academy Fiango, Kumba, Mimi Mefo Info has been on the field to unravel the circumstances under which seven students were killed and 13 others injured by gunmen.

In the line of our investigations, a source at the office of Senior Divisional Officer for Meme hinted that four teachers of Mother Francisca International Bilingual Academy are still being held at the Kumba Central Police Station along with the school’s proprietress and her husband – making a total of six (6).

Parents of the deceased students had pleaded with Minister Atanga Nji Paul to free the teachers, the proprietress, and her husband, before the November 5 funeral that was presided at by Prime Minister Dion Ngute Joseph.

The Territorial Administration Minister is said to have instructed the Senior Divisional Officer, SDO, for Meme, Chamberlain Ntou’ou Ndong to see to the release of those being detained. 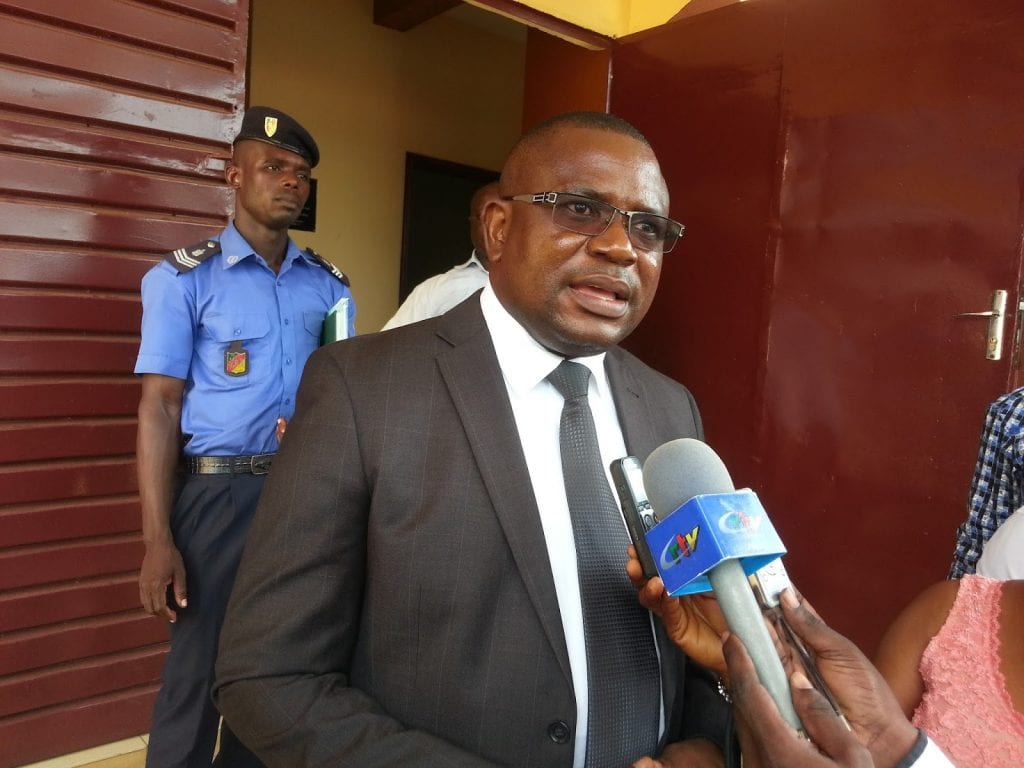 However, our source at the SDO’s office says the SDO and the Commissioner of the Kumba Central Police Station say Minister Atanga Nji has no powers to give them instructions.

Although we were not granted direct access to the detainees during our visit to the Kumba Central Police Station, a police officer told us on condition of anonymity that it would appear the detainees have been abandoned.

“You know they initially said the teachers and proprietress of Mother Francisca College were being held for their own protection. But as it stands, I think the SDO, the Commissioner, and the Divisional Delegate for Secondary Education are expecting a huge envelope from the proprietress,” the officer said, insisting that their identity be concealed for fear of reprisals.

He adds that aside from denying them access to their visitors and lawyers, the detainees are neither allowed to get medical nor psychological care.

“Why are they still holding us up till this time. Some of us r family people n we need to go out and hustle to put food on de table,” one of the detained teachers is quoted as having declared.

Not even intervention from the City Mayor of Kumba, Greg Mewanu, and the parents of the deceased schoolchildren has yielded fruits.

“To the best of my knowledge, this is a superb case of arbitrary detention. They have not been charged. In fact, they have not even appeared before the State Counsel or anything as such. I do not even know for what crime they are being held here for three weeks already. The proprietress has even asked that they should free the teachers and detain her alone, but our commissioner is still keeping the teachers,” our police source said empathetically as if to suggest that the detainees are being tortured.

The October 24 horror
Our police source reveals that from the statements of the detainees, the gunmen attacked Mother Francisca International Bilingual Academy Fiango at exactly 10:56 a.m. on Saturday, October 24, 2020. They proceeded to open fire on students in Form 1.

“There were teachers in school that day. Some of them were in the staff room while others were in their various classes. Their statements suggest that the teacher who was in Form 1 had just left the class, given that it almost broke time,” said our trusted source at the Kumba Central Police Station where the teachers are being held.

“While the shooting unfolded in Form 1, the teachers and the students in the other classes prostrated while some others jumped down the one story-building through the windows.” A teacher at Mother Francisca International Bilingual Academy has corroborated the story. Speaking exclusively to Mimi Mefo Info on basis of anonymity, a teacher at the school who says their detention has stopped him from taking care of his family said: “We are traumatized, the proprietor and husband are being victimised. At least they should release the teachers while authorities figure out what to do next, we assured them, will not travel out of town until the case is over,” he disclosed.

He is among those who witnessed the school shooting first hand; “the gunshots continued for about five minutes and when it stopped, I move out to see what has happened, I saw a form one student lying in his own pool of blood…When I went closer to the class, I saw other students lying dead…”. He continued that the survival of teachers remains a bemused mystery. “Seriously it’s a mystery that I can not explain, but the shooter only stopped in Form one and did not move to the other classes, it was an unfortunate situation that these innocent form one student lost their lives,” our source went on.

Some neighbors we talked to confess that they saw some of the teachers jumping down from the windows as the gunshots became deafening. We also learned that Saturday lectures on that fateful day started at 7:30 a.m Cameroon time – over three hours before the attack.

For a glaring case of negligence on the part of the government and its security services, observers are yet to find reason in the detention of the teachers, the owner of the school, and her husband. The Mother Francisca International Bilingual Academy has neither issued a statement nor were they present at the funeral of the massacre.

“The Shocking thing was the government didn’t allow us to witness the burial and our proprietor has become more traumatized by this. We spend uncomfortable nights and days in this place and nothing has been said. Mimi, we are just mere teachers in that institution, what crime have we committed?” our source questioned.

Mimi Mefo Info is still gathering exclusive testimonies on what transpired before, during, and after the Kumba school shooting.

For the sake of Cameroon, life-president Paul Biya must be forced out