Christians of Kumbo diocese in the North West region are calling for unconditional peace. Led by Bishop George Nkuo, the Christians marched with peace plants and a rosary through the streets of Kumbo to the Cathedral.

They denounced the shooting, killings, kidnappings, and all forms of insecurity in the community perpetrated by the military and separatist fighters.

The peaceful march culminated with a Holy Mass at the Cathedral where Bishop George Nkuo blessed Christians calling on them to be agents of peace and reconciliation for the interest of their children and the entire community.

Kumbo and Bui Division as a whole in the North West has not known peace despite a traditional cleansing of the land by Nso’s top-secret society, known as Nwerong, last week. Custodians of tradition in Nso land carried out cultural manifestations to stop insecurity and prepare the safe return of the paramount ruler who has been out of the palace for several months. 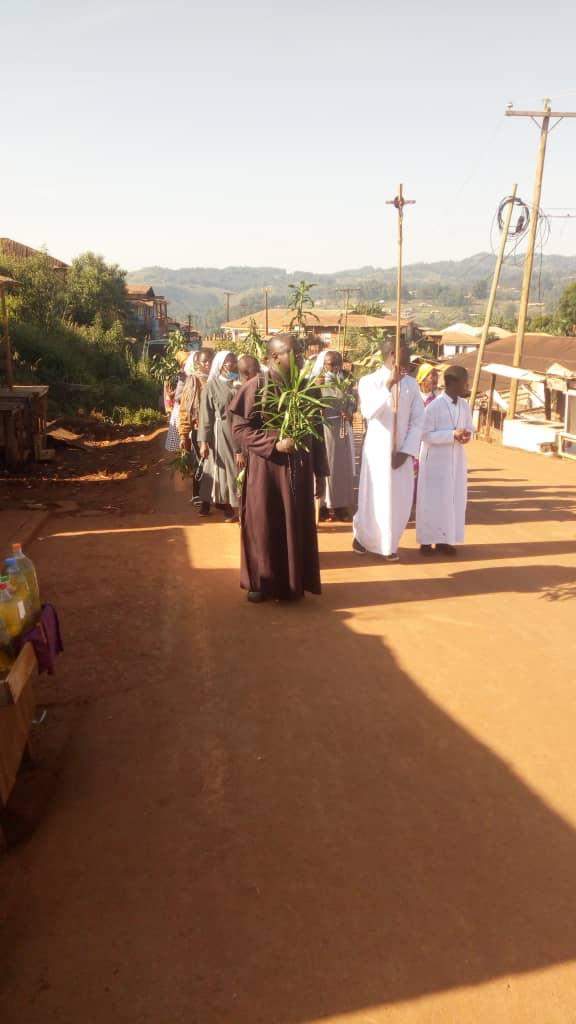 Some inhabitants of Kumbo think the process of peace has unfortunately been politicised by those who want to reap political gains from the anglophone crisis.

Bui Division remains one of the epicentres of the crisis in the Anglophone regions of Cameroon. Most schools have not resumed in the division for fear of insecurity and attacks from separatist fighters.

Lebialem: Freed hostages reveal how Amba fighters tortured them to near death

Bamenda City Mayor Buys Six Buses For Thousands of People, What A Joke!