After writing two letters to President Paul Biya; one warning him of the imminent arrest of opposition protesters and the other informing him of several arrests and torture, the Amsterdam LLP Law Firm, through Co-Founder, Robert Amsterdam has said there will be no third letter because they are going to take action against Biya regime. The arrest of more than 593 people has been described by him as unlawful and may lead to sanctions, seizures of bank accounts and assets, and visa revocations of Cameroon officials concerned.

“There will not be a third letter, we will take action. The rule of law, international law, human rights are not optional in Cameroon” 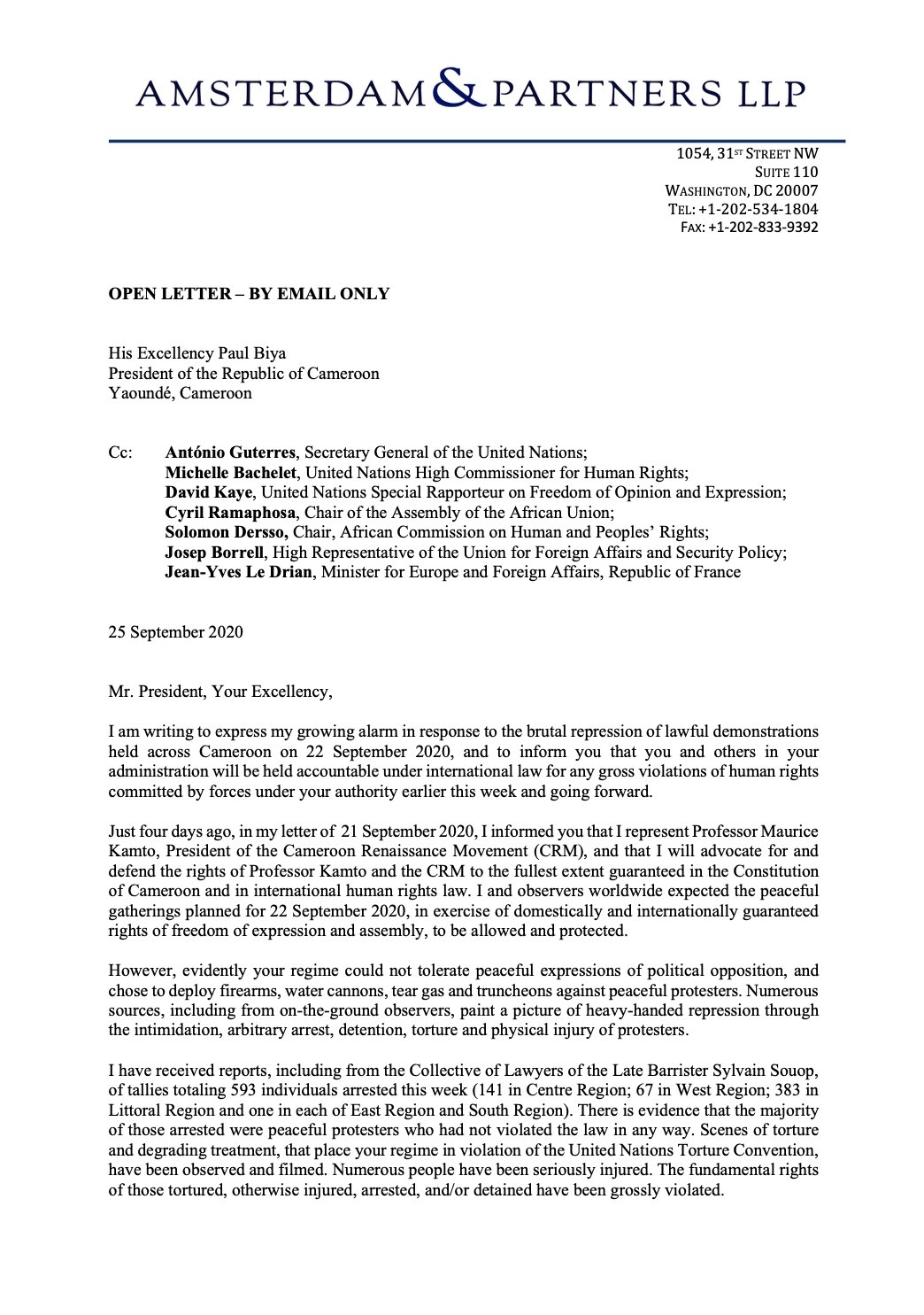 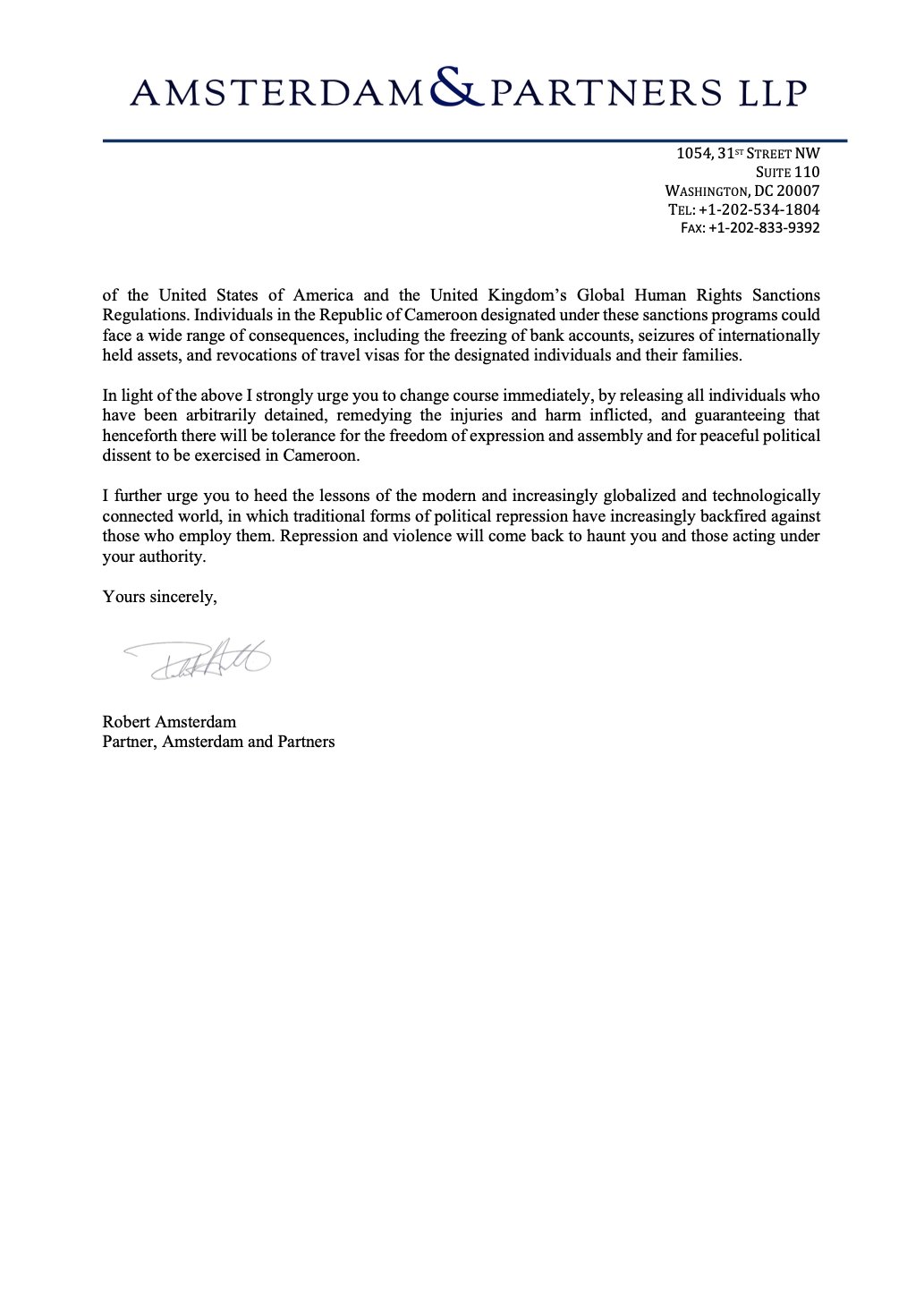 In his second letter dated September 25, 2020, Robert Amsterdam urged President Paul Biya to order the release of hundredths of opposition protesters arrested in Douala, Yaoundé, Bafang, and Bafoussam, adding that this is in strict respect of freedom of expression which is a fundamental right. 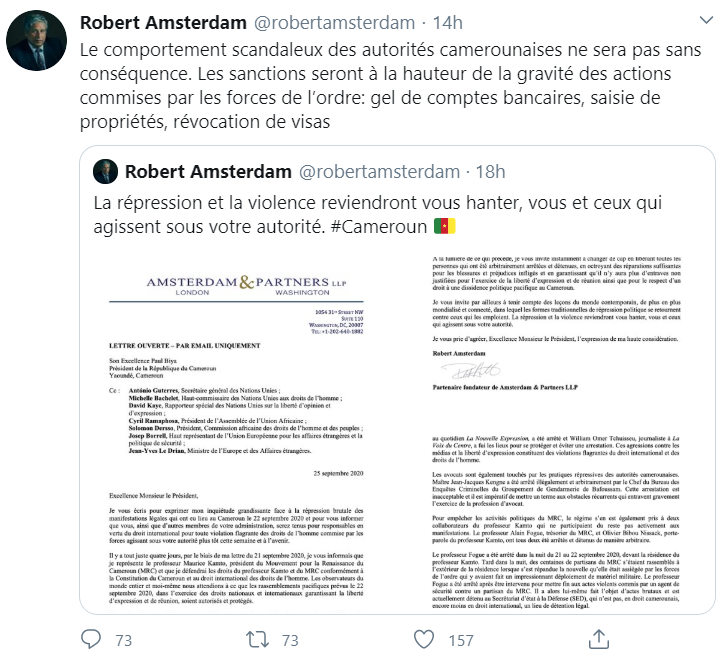 “Expecting to be collecting evidence for Magnitsky style sanctions against the Biya dictatorship and its henchmen,” Amsterdam said in a Tweet.

The Magnitsky Act, formally known as the Russia and Moldova Jackson–Vanik Repeal and Sergei Magnitsky Rule of Law Accountability Act of 2012, is a bipartisan bill passed by the U.S. Congress and signed into law by President Barack Obama in December 2012, intending to punish Russian officials responsible for the death.

Since September 22, Maurice Kamto, leader of the Cameroon Renaissance Movement political [arty has been under house arrest for ordering protesters to invade streets in a demonstration that was banned by regional governors.

Government Spokesman, Rene Sadi said that the protest was a flop but that the initiators will face justice.

He hinted that the CRM party’s status is being reviewed at Territorial Administration.

Bamenda City Mayor Buys Six Buses For Thousands of People, What A Joke!

How Gendarmes are framing up, extorting money from civilians in Bamenda