Two lawyers who had earlier been detained at the Douala Central Prison have been freed. 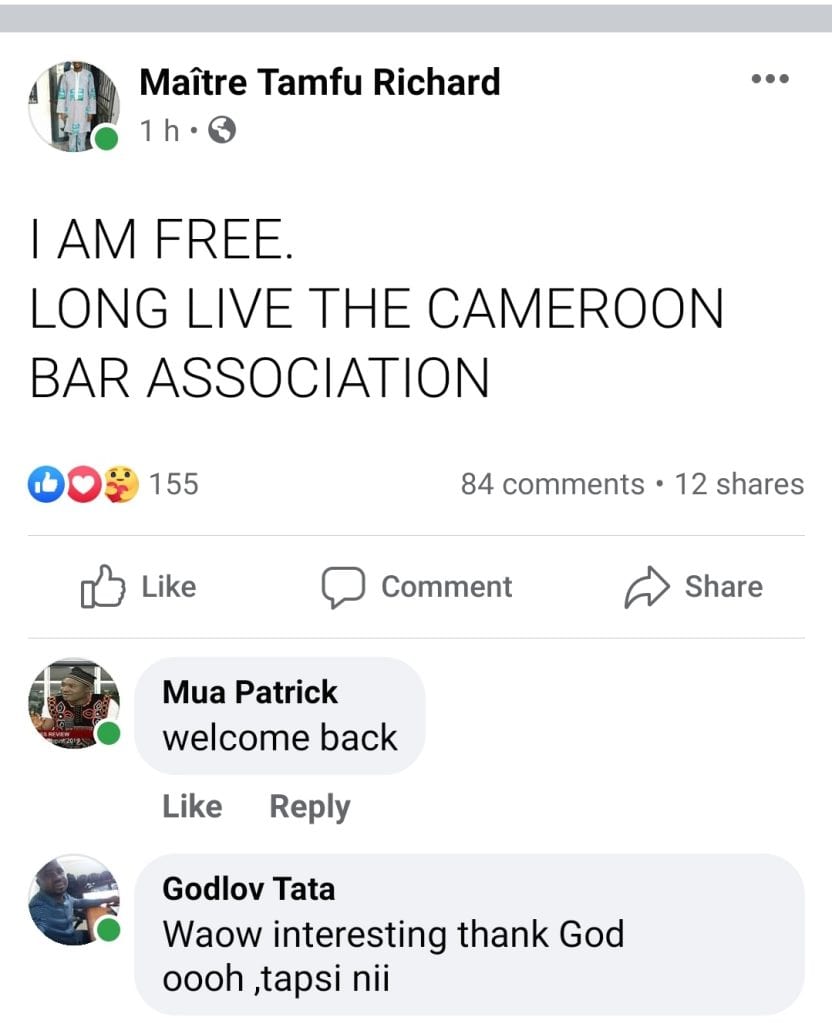 The lawyers including Barrister Tamfu Ngarka Triestel Richard and Maitre Armel Tchuenmegne Kenmegne were however handed six months suspended sentences with a fine of one hundred thousand francs cfa each.

The judgment was pronounced Monday, November 23rd, 2020, by the presiding judge Adama Musa Epse Ndomche at Bonanjo Court of First Instance in Doaula.

According to Barrister Ebah Ntoko Justice, “…a six months suspended sentence for three years means the two lawyers will go home but if they commit a similar offense and are sentenced within a period of three years, they will have to serve an additional six months sentence”.

The lawyer posited that Bar. Tamfu Richard and Maitre Tchuenmegne will be released from New Bell prison where they have been remanded in custody since Friday, November 20th, 2020 as soon as they pay their financial fines of 100.000f each. 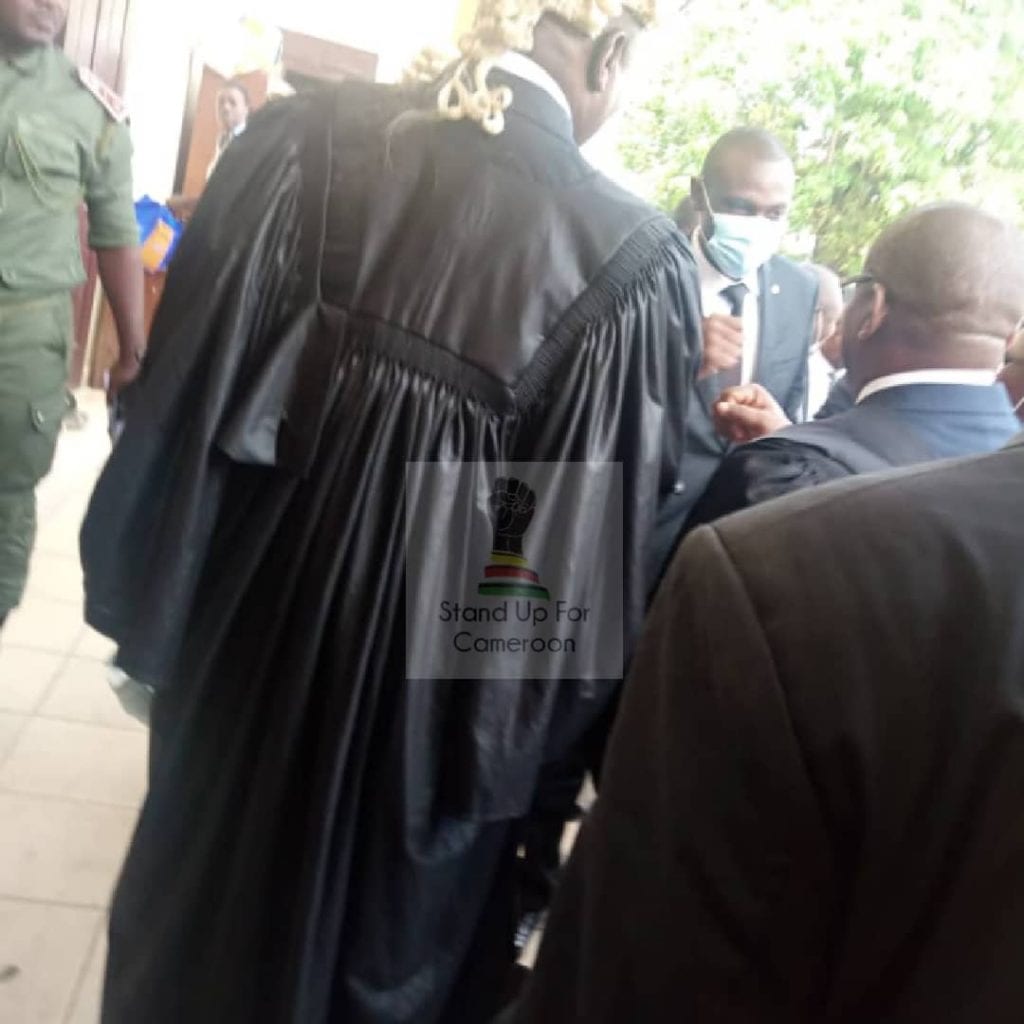 “The trial of the two lawyers was a clash of tigers. The force of lawyers in Cameroon against that of the bench of magistrates. For me, it’s a draw game and each of us is going home satisfied”, Bar Ebah Ntoko added.

According to Bar. Nkea Emmanuel from Fako Lawyers Association (FAKLA) “… the trial process was a sham. It violated all basic fundamental principles of a criminal trial. In my opinion, lawyers should appeal such a judgment rushed just to humiliate lawyers in this country. Am confident that in case of any appeal, the judgment given at the Bonanjo court of the first instance will be suspended at the appeal court. ”

Lawyers have ten days from Tuesday, November 24th to appeal the sentence.

The lawyers argue that the sentence is a suspended one but the conviction is not suspended. Questioned if the two lawyers can still practice the profession upon their release, lawyers say suspended sentences does not prevent the two lawyers from practicing.

“This is a travesty of justice. To suspend a sentence is not different from imprisoning somebody psychologically. Because within the three years, Barrister Tamfu and my other colleagues will not have to commit another offence, if they do, they will be sent to prison for six months,” said Barrister Suh Fuh Ben while reacting to today’s court ruling on the case pitting lawyers and the state of Cameroon.

The two lawyers have been found guilty of destruction of property in the courtroom and the disrespect of authorities on the 10th of November when military men attacked lawyers at the Bonanjo court of the first instance. – Bonanjo Court of First Instance

The Indignation of lawyers

Hundred of lawyers present at the Bonanjo court of the first instance in Douala took off their wig and gowns before entering the courtroom.

According to barrister Chemo Ebechue speaking to Mimi Mefo Info, “On the 10th of November magistrates invited military men and they brutalized peaceful lawyers that were in court to defend their colleagues as the profession demands. That was a total violation of the law. has not shown any remorse about that so we have decided not to defend our colleagues to permit the government to continue in its illegality ”

Barrister Ebah Ntoko questions why the magistracy cannot permit the bar association in Cameroon to judge and sanction members that commit an offense just as the higher judicial council judges and sanctions magistrates that go against the law.

Reacting to the sentence of the two lawyers, Bar Amungwa Nicodemus says “… the main intention was just to publicly humiliate lawyers in the country by the government. This is the fastest judgment I have seen”.

Cameroon: Outrage following the assault of a female lawyer in Tiko

Massacre In Kumba School: How The Political Class Reacted