This Nov. 6 will mark 38 years president Paul Biya has clung on to power in Cameroon—making him Africa’s second-longest-serving head of state, after his peer Teodoro Obiang of Equatorial Guinea.

Biya, 87, became president in 1982, long before the majority of the central African country’s 25 million people were born. His current mandate will expire in 2025 when he’ll be 92.

As has been tradition, Biya supporters and members of the ruling Cameroon People’s Democratic Movement (CPDM) party, often use the day to feast, pledge their “unalloyed and unconditional” support to the president, and call on him to continue leading the country indefinitely. But this year’s anniversary will also be coming up at a particularly uncertain time as a campaign is to end his four-decade reign picks up steam.

Biya’s former ally, Maurice Kamto, now one of his sternest critics who leads the Cameroon Renaissance Movement (CRM) party, has been publicly calling for the president’s ouster.

On Sept. 22, mass protests were organized in the capital Yaounde, the economic hub Douala, and a few other localities across the country. But the popular uprising was met with force as security forces used water cannons and teargas to break up demonstrations. In what the Human Rights Defenders Network in Central Africa (REDHAC) described as “serious violations of human rights and fundamental freedoms,” the clampdown was so intense that hundreds of people were arrested and detained. At least eight journalists were also arrested while covering the protests and locked up. 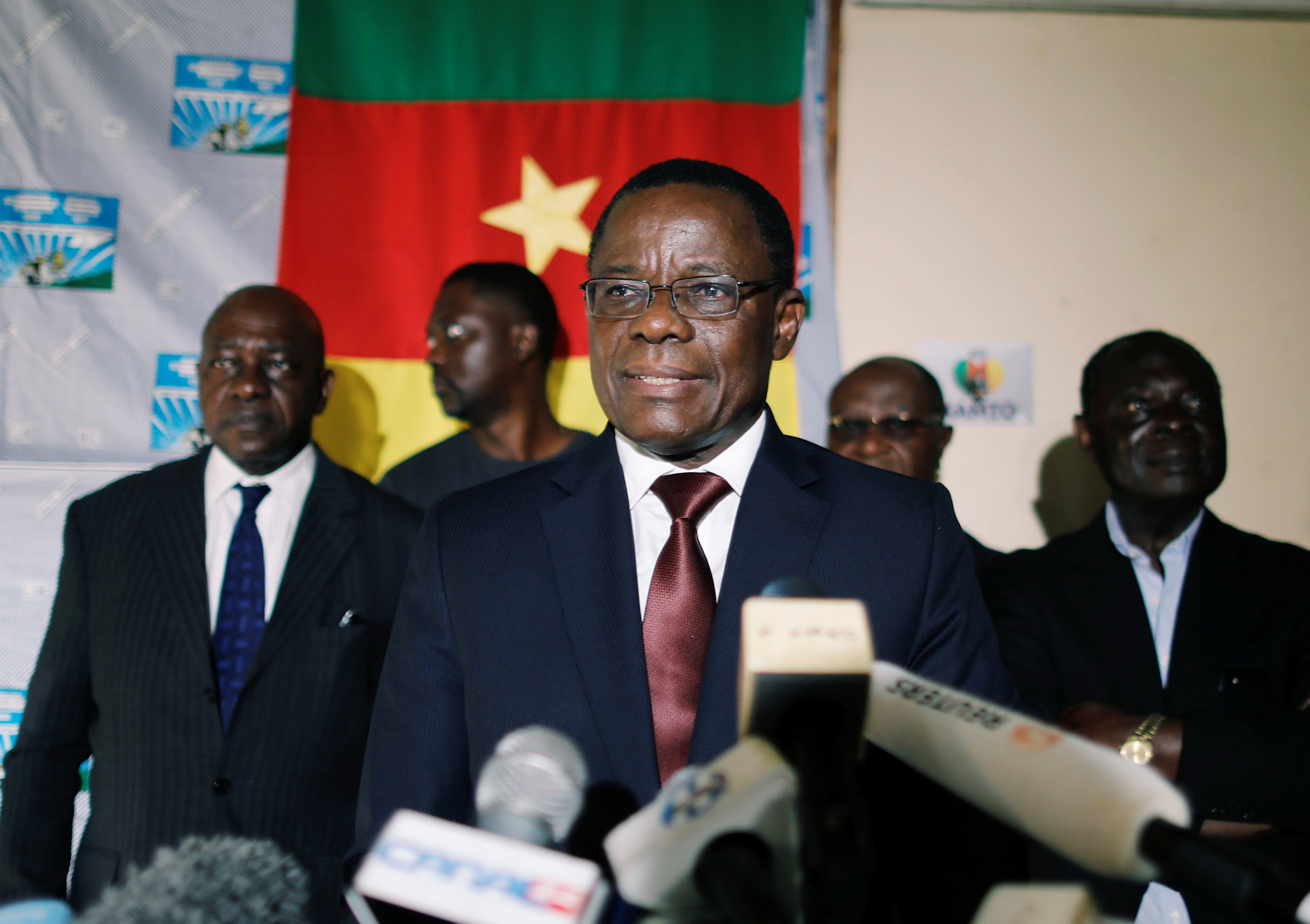 Authorities have vowed to prosecute those arrested and go after others on the run. Rene Emmanuel Sadi, minister of communication, said any move at toppling the government, citing specifically the “insurrection” launched by the CRM party, will be crushed. He said the government will “resolutely pursue its salutary action to defeat all internal and external attempts at destabilization.”

Despite the government warning, the revolution organizers are keen on carrying on even as opposition leader Maurice Kamto remains under house arrest. “We are preparing for another one [protest], which will then become regular until the regime yields to our demands,” Fah Elvis Tayong, CRM deputy national communication secretary, told Quartz Africa.

“Biya is a prime example of a leader who has stayed in power long beyond his political expiration date.”

Street protests seem to be the most viable option people have at their disposal for political change in Cameroon as there are no indications for reforms or the long-serving president quitting power, according to Jeffrey Smith, executive director of Vanguard Africa; a pro-democracy advocacy group. “Biya is a prime example of a leader who has stayed in power long beyond his political expiration date,” Smith says..

Making allusion to Zimbabwe and Algeria, Smith says sustained citizen protests that are held peacefully could lead to change. But he estimates it can’t be an easy task in Cameroon because the country is highly authoritarian. He suggested the CRM has to bring more opposition parties and civil society organizations on board in order to be successful.

The battle lines were drawn between Biya and his main challenger in the 2018 contentious election when the former on Sept. 7 convened the electoral college for the first-ever regional council election without heeding to the latter’s demands. Kamto had requested that there should be electoral reforms to ensure free and fair election before any voting can take place.

The CRM leader had also insisted that the government negotiates a ceasefire and organizes genuine dialog to end the drawn-out armed separatist conflict in the country’s English-speaking regions. Kamto has repeatedly blamed the Biya government for mishandling the crisis which erupted in 2016 as low-level protests over the real and perceived marginalization of Anglophones by the Francophone-dominated government.

Back then, the government’s instinct was to respond with force to squash the protests. But four years into the conflict, government troops continue to have running battles with defiant armed separatists who remain resolute to establish their independent state called “Ambazonia.” The belligerent parties have both inflicted heavy casualties on each other, as well as on civilians. So far, 680,000 people have been internally displaced while a further nearly 60,000 have fled to neighboring Nigeria, according to UNHCR. Local rights groups say over 5,000 people have been killed.

In July, there was brief hope when jailed separatist leaders said they were in talks with government to negotiate an end to the crisis. But then, the government said the declaration was “not consistent with reality.”

The Boko Haram insurgency, humanitarian crisis, economic downturn, political upheavals, Anglophone crisis, coupled with the coronavirus pandemic which seemed to have grounded the president from his frequent trips abroad has made life difficult for Biya and his bloated government.