While Cameroonians and the world look forward to a genuine dialogue that will end the protracted crisis in the country’s North West and South West Regions, President Paul Biya is relying on his aides who are bent on using military might.

In February 2021, President Biya clocks 88. As age weighs down on him, coupled with the economic, and health crisis rocking the country, Biya now depends on a limited circle of officials, generals, and military advisers.

A select blend of bureaucrats, military and police officers who hold influential positions in the government have been advocating the close involvement of the military option in the government’s effort to resolve the crisis in the North West and South West Regions. 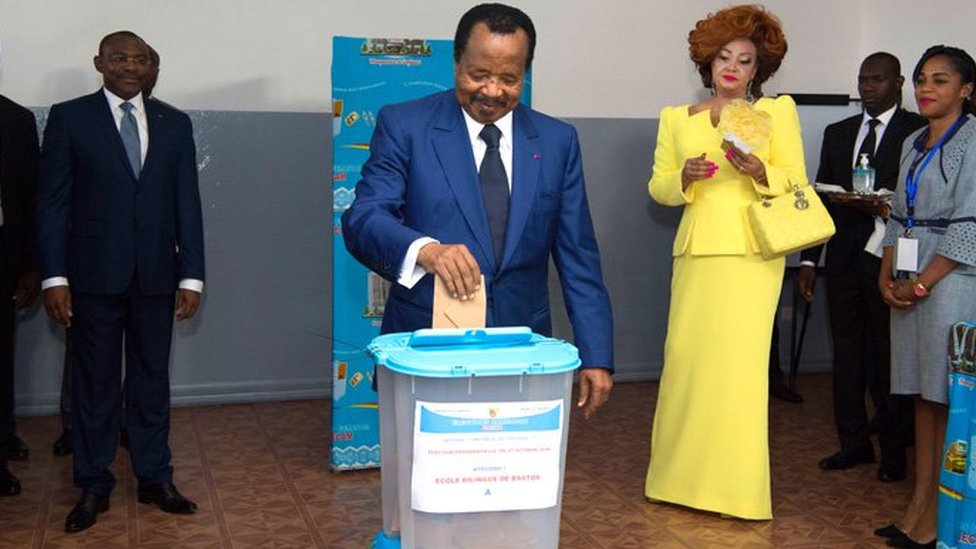 Experts familiar with the situation at the Presidency of the Republic say when it comes to the Anglophone crisis file; Biya listens to very few people, who for the most part are members of the National Security Council. One of such persons is Biya’s special adviser, Rear Admiral Joseph Fouda.

Africa Intelligence suggests that Biya only listens to the likes of, Army chief of Staff Rene Claude Meka, the Director of the Central Coordination at the National Gendarmerie General Elokobi Njock, the Secretary of State to the Minister of Defence in charge of the National Gendarmerie Galax Etoga Yves Landry, and the Minister Delegate at the Presidency in charge of Defence Joseph Beti Assomo who reports directly to Biya.

Atanga Nji Paul, permanent secretary of the National Security Council and Minister of Territorial Administration is said to be very powerful. Inside sources at the presidency suggest that Atanga Nji is very close to the director of the civil cabinet at the presidency of the republic, Samuel Mvondo Ayolo who is Biya’s nephew. 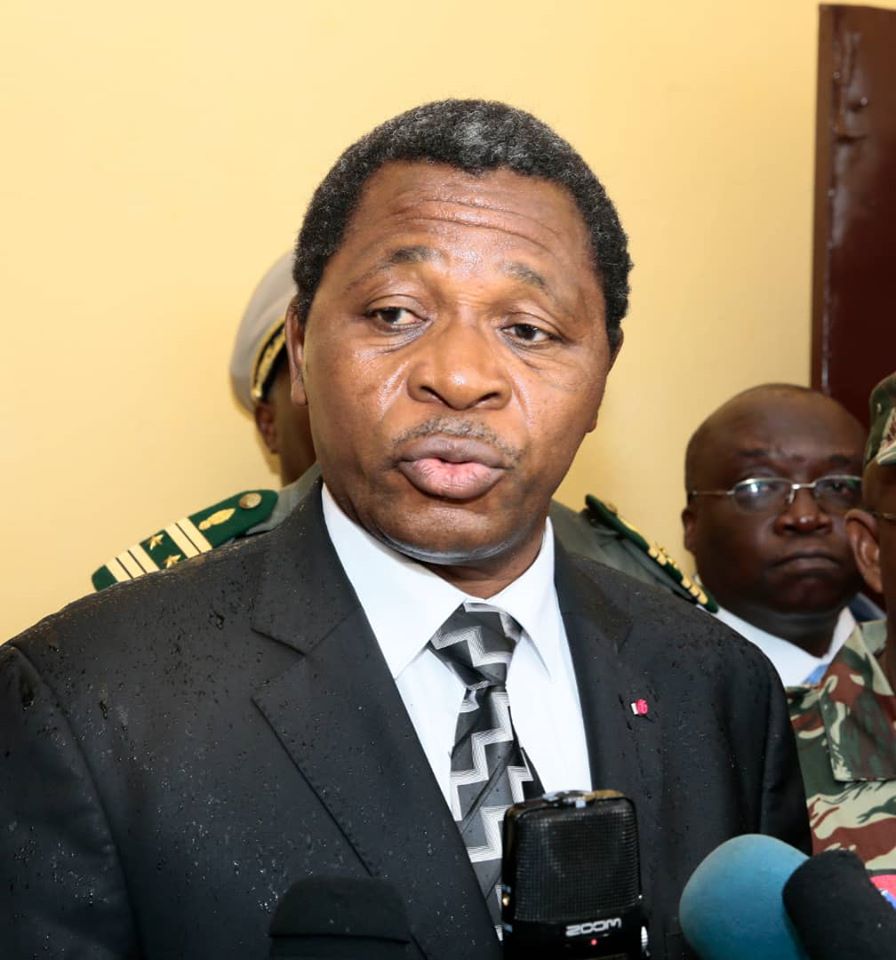 Atanga Nji has justified government’s killing of civilians, saying the regime has a monopoly of violence.

Africa intelligence reports that Ayolo has been leading the group of hardliners within the president’s entourage who oppose talks with Anglophone pro-independence advocates.

The head of the military intelligence unit Emile Bamkoui is also known to be in Ayolo’s camp, along with the Director-General of External Research Maxime Eko Eko whose wife heads the Yaoundé Military Tribunal. Eko Eko is however known to also pay some allegiance to Dion Ngute Joseph, the Prime Minister, Head of Government.

The armed conflict between the government and separatists has killed more than 3,000 and displaced close to 600,000. After exactly three years of violence, the two sides are at a stalemate, even with sustained Swiss-led efforts to broker peace.

Despite the steps being undertaken by the government, a cessation of hostilities and violence in the restive regions remains farfetched.

In July, Jeune Afrique reported that peace talks involving the government of Cameroon and Anglophone separatists are at a standstill due to a power struggle playing out between Prime Minister Joseph Dion Ngute and the secretary-general at the presidency of the republic Ferdinand Ngoh Ngoh.

On 2 July, the jailed secessionist leader Sisiku Ayuk Tabe announced on social media that he had taken part in discussions with Cameroon’s government regarding a ceasefire agreement under the auspices of the United Nations.

Days later, communication minister and government spokesman René Emmanuel Sadi said in a statement that this information was not “consistent with reality”. The move is said to have iced contact between the two parties. 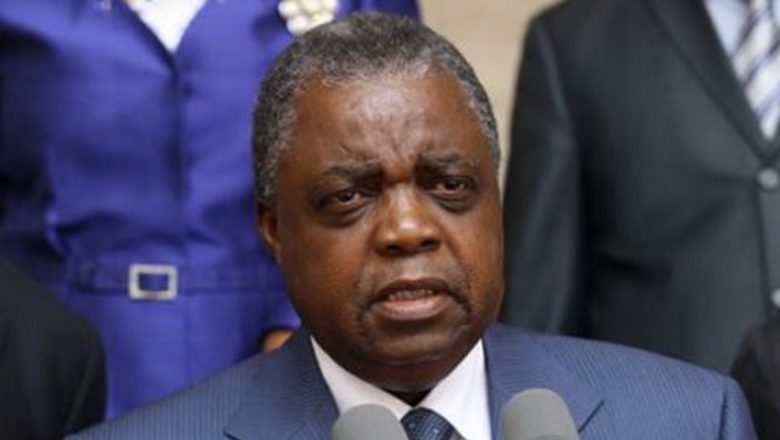 Jeune Afrique quotes sources as saying that a delegation made up of about 10 secessionist leaders led by Ayuk Tabe did in fact meet on July 2 with Léopold Maxime Eko Eko, head of the Direction Générale de la Recherche Extérieure, DGRE, Cameroon’s counter-intelligence agency.

Given that the conditions set forth by the Ambazonian leaders included that the meeting takes place in a “neutral” setting, the government asked the Catholic Church to allow it to hold the talks at the Episcopal Centre of Mvolyé. Located in Cameroon’s capital, the church was ultimately selected as the site of the negotiations, which were attended by six other government representatives.

“Dion Nguté and Eko Eko excluded the rest of the administration from secret negotiations which nevertheless had the blessing of President Paul Biya. Even Ngoh Ngoh was not involved in the discussions, despite the fact that he had been the Swiss government’s primary contact since June 2019,” Jeune Afrique reported.

There have also been talks of how the hardliners have been hampering mediation initiatives.

A new round of Swiss mediation

On August 2, a delegation led by Günther Bächler arrived in Yaoundé. The 67-year-old diplomat and former Swiss ambassador to Georgia served as a mediator in conflicts in Darfur, Nepal, and in the South Caucasus on behalf of the Swiss Foreign Ministry.

As soon as he arrived in Cameroon, Bächler got in touch with a number of people, not just separatists but also supporters of federalism and proponents of decentralization. On 4 August, he met with Cardinal Christian Tumi. On 6 August in Buea, the capital of the South West region, the delegation met with other local Anglophone figures.

It is hoped that the talks will pull through for peace to return to the restive regions so that locals can enjoy the benefits that come with reforms that are underway.

(CNN)-- Over the past two days, at least one perso

(CNN)-- Over the past two days, at least one person has been killed in clashes between riot police and supporters o… https://t.co/Gj7CqWVhkL

(CNN)-- Over the past two days, at least one perso